I was in the market for an affordable, easy to use, and new (no eBay purchases) tennis racket recently, and came across the Wilson Energy Tennis Racket. This racket was retailing at my local Fred Meyers (chain of stores similar to Target and Kmart) for only $16.99 and seemed like a bargain. I quickly purchased it, and took off to my local tennis court. I was pleasantly surprised with some of its features, and disappointed with some of its others. Wilson is a big name in the realm of tennis, and has been making wonderful tennis rackets for many years. The Energy Tennis Racket that I picked up was brightly colored, with yellow and black colors, and the trademark red ‘W’ on its strings. It does not come in case protective covering case, unlike the Wilson Impact Racket. This is too bad, as the Wilson Impact is about the same price as the Energy, so I really wish the latter had a cover.

When serving during tennis, I noticed that the Energy did not have the same power as other rackets of similar prices. However, it made up for this with its ease of handle during returns, both for topspin and backspin. The Energy is a very, very light weight racket, and I feel that it was supposed to be a Junior racket. Unfortunately, it was not labeled as such, perhaps luring people like me into buying it. This was rather disappointing, but it was a low-priced racket.

The grip is a simple black wrap, emblazened with the text ‘Wilson’ on it. I didn’t like the feel of the grip very much, but it was functional. The racket also lacked the little ‘antivibrational’ rubber piece in the bottom middle of its face, something that the Impact does have. These little things may not seem that important, but the lack of them becomes quite noticeable after heavy use. 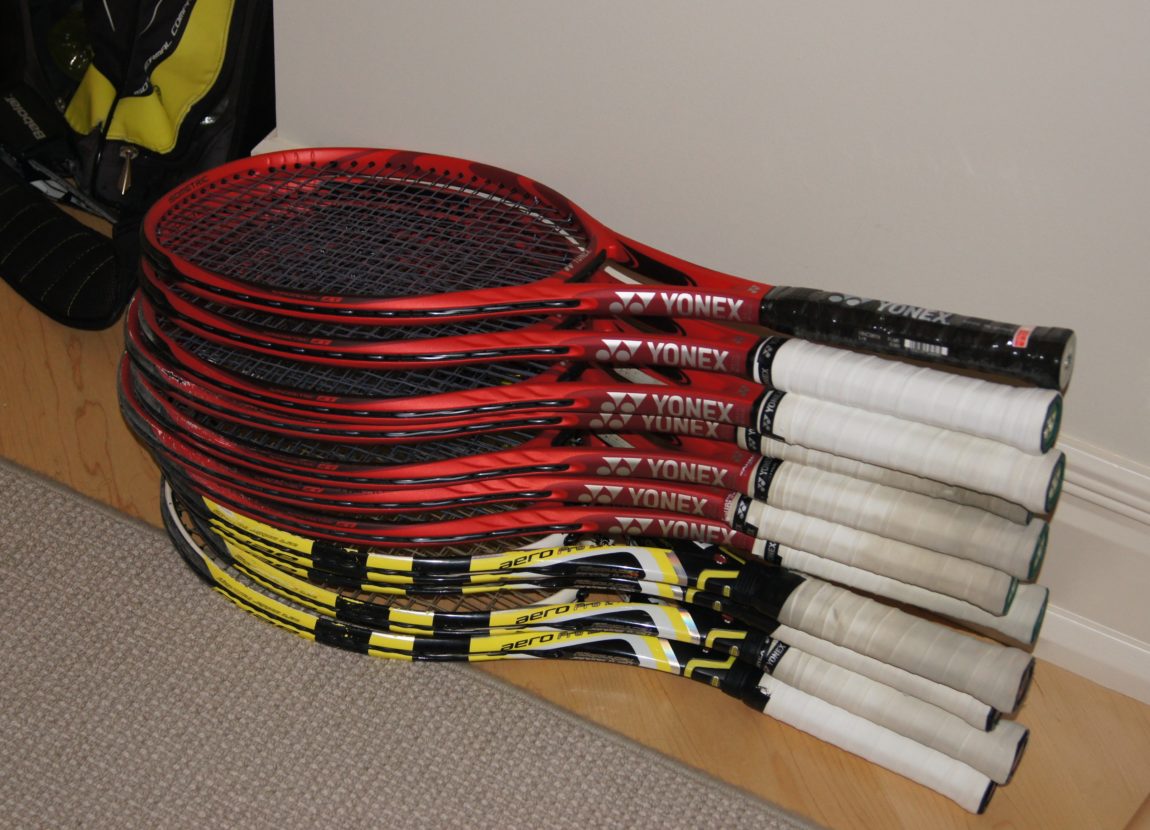 Cons aside, I became very happy with the power I was able to generate with the Wilson Energy on returns. Topspin shots were especially superb, and I was also happy with my backspin chops. This made up for some of the downsides I felt the Energy possessed.

Overall, if you are looking for a cheap, no thrills, light weight racket, the Wilson Energy is right for you. Check out your local Wal-Mart, Kmart, or other similar retailers for this affordable tennis racket by Wilson.

The Right Gear for the Game: Tennis

A Special Day in Honour of Friendship

Visiting Las Vegas Without a Car

We use cookies on our website to give you the most relevant experience by remembering your preferences and repeat visits. By clicking “Accept”, you consent to the use of ALL the cookies.
Cookie settingsACCEPT
Manage consent

This website uses cookies to improve your experience while you navigate through the website. Out of these, the cookies that are categorized as necessary are stored on your browser as they are essential for the working of basic functionalities of the website. We also use third-party cookies that help us analyze and understand how you use this website. These cookies will be stored in your browser only with your consent. You also have the option to opt-out of these cookies. But opting out of some of these cookies may affect your browsing experience.
Necessary Always Enabled
Necessary cookies are absolutely essential for the website to function properly. These cookies ensure basic functionalities and security features of the website, anonymously.
Functional
Functional cookies help to perform certain functionalities like sharing the content of the website on social media platforms, collect feedbacks, and other third-party features.
Performance
Performance cookies are used to understand and analyze the key performance indexes of the website which helps in delivering a better user experience for the visitors.
Analytics
Analytical cookies are used to understand how visitors interact with the website. These cookies help provide information on metrics the number of visitors, bounce rate, traffic source, etc.
Advertisement
Advertisement cookies are used to provide visitors with relevant ads and marketing campaigns. These cookies track visitors across websites and collect information to provide customized ads.
Others
Other uncategorized cookies are those that are being analyzed and have not been classified into a category as yet.
SAVE & ACCEPT